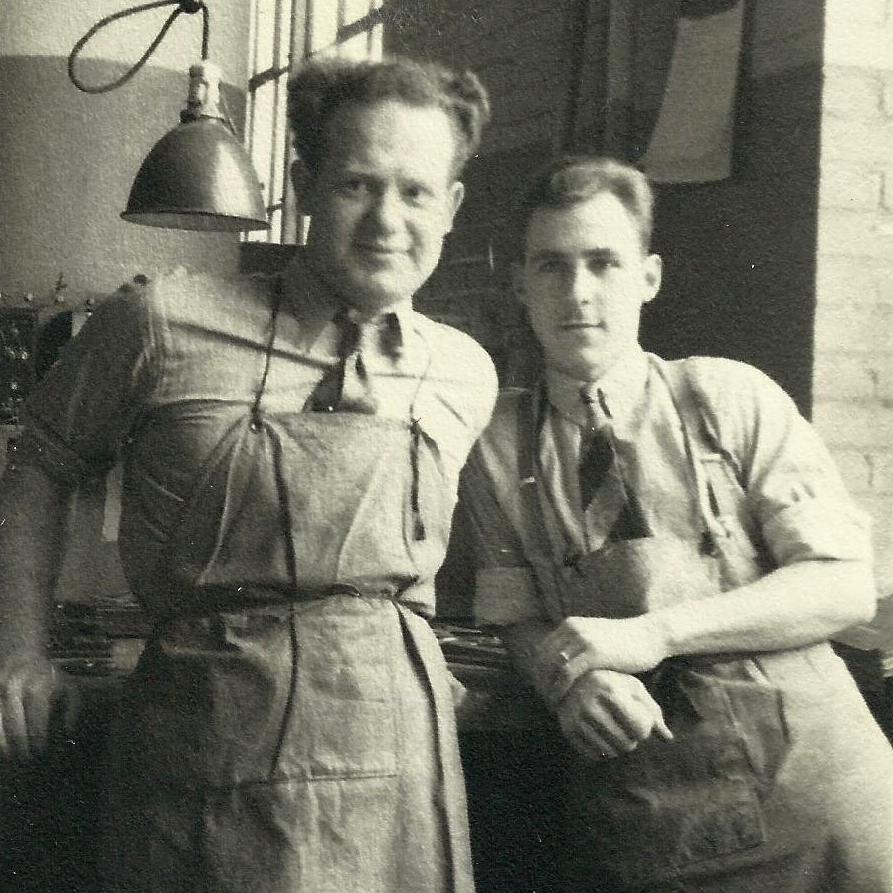 Sunday, June 16, three weeks off, will be my twentieth Father’s Day without a father. My dad, Arnold Earl Resnik, was born in New York City on August 13, 1915, and died in a Southern California nursing home on April 10, 1999.

About fifteen years earlier Mom and Dad were visiting us in Albuquerque when I was still working on my Master’s degree in counseling at the University of New Mexico. In class we’d been discussing what was back then a new and intriguing term, “workaholism.” When I brought it up in a conversation with Dad, he wasn’t intrigued but indignant: “Workaholism? Work isn’t a problem. Work is a good thing and it’s good to work long hours.” In retrospect, even recognizing that some people use work as an escape or a quick fix or to get an adrenaline high, I think Dad was mostly right. Work is a good thing and hard work is (usually) even better.

Not long ago I even wrote that meaningful work was one of three primal needs of men (see “What do men need?”). That idea would tend to support my father’s objection to the concept of workaholism. But this morning I was brought up short by a comment by Christian author Eugene Peterson. He agrees on the positive, Creation-based value of work, but worries about a secular approach to work that “romanticizes” it. He says:

Work is romanticized when it is understood as a way to be significant, to become well known, to make a lot of money, to “make a contribution.” Romanticized work tend to be glamorized work. Romanticized work relies heavily on payoffs, whether in salary and stock options, in recognition and prominence, or in “job satisfaction” and “fulfilled potential.” . . .  There is always more to be done because the work is never finished. Romanticized work has a high adrenaline component. (Practicing Resurrection, p. 104)

That high adrenaline component gets me thinking about workaholism again. For Peterson the remedy isn’t to stop working or to look down upon work, but to discover working in concert with the Creator, work immersed in grace. Dad came to some understanding of grace toward the end of his life, but I’m not sure he ever would have found his way beyond romanticized work. He was a self-made man. although in an unusual way. His father, who emigrated from Russia as a young man, built a prosperous glass business in New York. He had the means to finance my father’s education and offered to provide what my dad needed . . . all the way through medical school. But Dad wasn’t interested in medicine. He was fascinated with the emerging field of technology, radio, and electronics, so he worked his own way through NYU to earn a BS in Electrical Engineering when that was still an esoteric and not-too-promising field.

When I was growing up I was aware that Engineer was a step down from Scientist. It carried a taint of the pragmatic, and Dad worked in the burgeoning and very practical Southern California aerospace industry. But Dad was a visionary too. He read widely and liked to talk with me, as I got old enough, about the universe, about meaning and creation and whether there was or could be a God beyond the realm of our observations and calculations. Still he remained well-rooted in the concrete world of a good salary, a new (albeit modest) car every two years, life insurance, health insurance, taxes, and well-maintained property values. In the midst of all that lurked the romantic. I believe he saw himself as Odysseus the resourceful, crafty, hard-working hero who found his way home through all the adventures and perils of the Odyssey—a favorite among the many books Dad read lying on the carpeted floor of our living room, smoking his Kents, before he drifted off to sleep.

For Dad the Odysseus-engineer the loftiest academic discipline was higher math, and he urged me to study it. I was well-equipped intellectually and did fine on tests, but just got by in school. I was one of those kids for whom everything comes easily, so I didn’t know how to really push myself. Besides that, I was by nature a dreamer. My version of Dad’s higher-math ideal was philosophy or esoteric pursuits like Vedanta or Zen. I undoubtedly frustrated him and he sometimes made that evident with mockery and verbal digs. Once my dad asked me, his chronically under-achieving son, what I was really seeking in life, what was important to me. I said I’d like to tell him but he’d laugh at me. He said, “No, tell me. I promise I won’t laugh.” So I told him that what was important to me in life was pursuing spiritual truth . . . and he laughed.

Nevertheless I learned to value hard work and to see it as a virtue that could ultimately align with my spiritual focus, and I credit my father for that. He also bestowed on me a certain precision or diligence, which bloomed late in me and was often squandered but remains a valuable resource.

In his final years Dad was afflicted with multi-infarct dementia, a loss of mental capacity caused by multiple minor strokes, which often (as in his case) occur without noticeable clinical symptoms. We finally had to resort to a nursing home because of his rapidly progressing limitations. Not long after he was admitted I went to visit and he was sitting up in his chair with a hospital tray in front of him, busily working on something unseen with his hands. I asked what he was up to, and Dad said he was just fixing this electronic device that had somehow failed. There was nothing there that I could see, but he was focused, intent, and clearly enjoying the task at hand.

1 thought on “A Blog for Father’s Day”